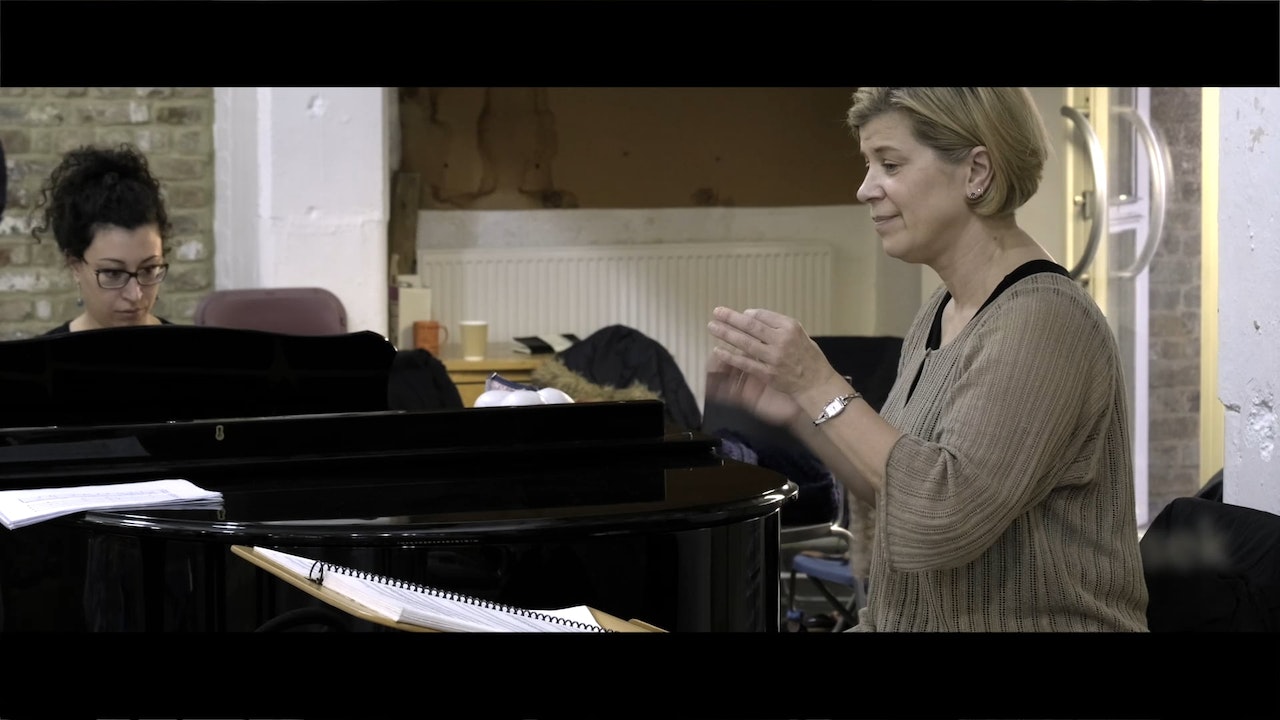 A 5 minute trailer to the 90' film
THE MYSTERIOUS REGISTER

The Mysterious Register : Journeying to the Edge of Possibility

Anthony Roth Costanzo is among a rare group of opera singers who, as countertenors, have the gift to be able to sing in the same range as a female mezzo-soprano. He has sung a range of celebrated countertenor roles at many of the world’s most prestigious venues including the English National Opera, New York’s Metropolitan Opera, Glyndebourne, Opera Philadelphia and LA Opera - all the more impressive since he overcame thyroid cancer, with surgery that threatened his voice, to do so.

The 90 minute film follows the extraordinary Costanzo‘s eagerly anticipated return to the English National Opera in Spring 2019 headlining in PhelimMcDermott‘s Olivier Award-winning production of Philip Glass’s Akhnaten to sold out audiences at the London Coliseum. The film examines the creative collaboration spearheaded by McDermott over the six week rehearsal period up to the first night, and looks back on Costanzo’s career from his youth and early appearances in film and on Broadway, his introduction to opera, and his development as a counter tenor capable of commanding the stage in the ENO’s cutting edge production of Akhnaten, which went on to sell out the Metropolitan Opera.

The history, thoughts, ambitions and insights of the articulate and charismatic Costanzo are explored in a series of intimate, on the fly interviews as well as exclusive access to him in rehearsal for Akhnaten at the ENO, and in outreach and promotional activities.

The film reflects on the history of the countertenor voice from its roots in the singing of 17th and 18th century Castrati in baroque operas – the rock stars of their day - to its present day incarnation in music by modern composers such as Britten and Glass. In the past half century, composers have increasingly embraced the unique possibilities of the high male voice once described as “The Mysterious Register”.

Costanzo has said “Music written before 1750 or after 1950, that’s my life” and that is reflected in his CD ARC featuring the music of Handel and Glass, which was nominated for a Grammy.

The film also uses archive footage from Anthony’s youth, competitions, productions including The Enchanted Island and Die Fledermaus, extracts from James Ivory’s A Soldier’s Daughter Never Cries, and selected moments from Akhnaten at the ENO, both front of house and backstage.

Other footage displays his broader range of talents that include tap dancing and channelling Ethel Merman as well as excerpts from Costanzo’s thesis project, the film Zefirino: The Voice of a Castrato and The Double Life of Zefirino, and from his ground breaking operatic art installation Glass Handel, premiered at the Opera Philadelphia Festival O18.

Other contributors to the film include Phelim McDermott and Karen Kamensek(director and conductor of Akhnaten), James Ivory, Michael Pratt (Professor of Music at Princeton), Joan Patenaude-Yarnell (voice coach), Peifen Liu (piano and voice coach), and Anthony’s parents Susan and Philip.

The film is a collaboration between Director Mike Southon and Producer Jeremy Young, based on an original concept by Kate Olver.