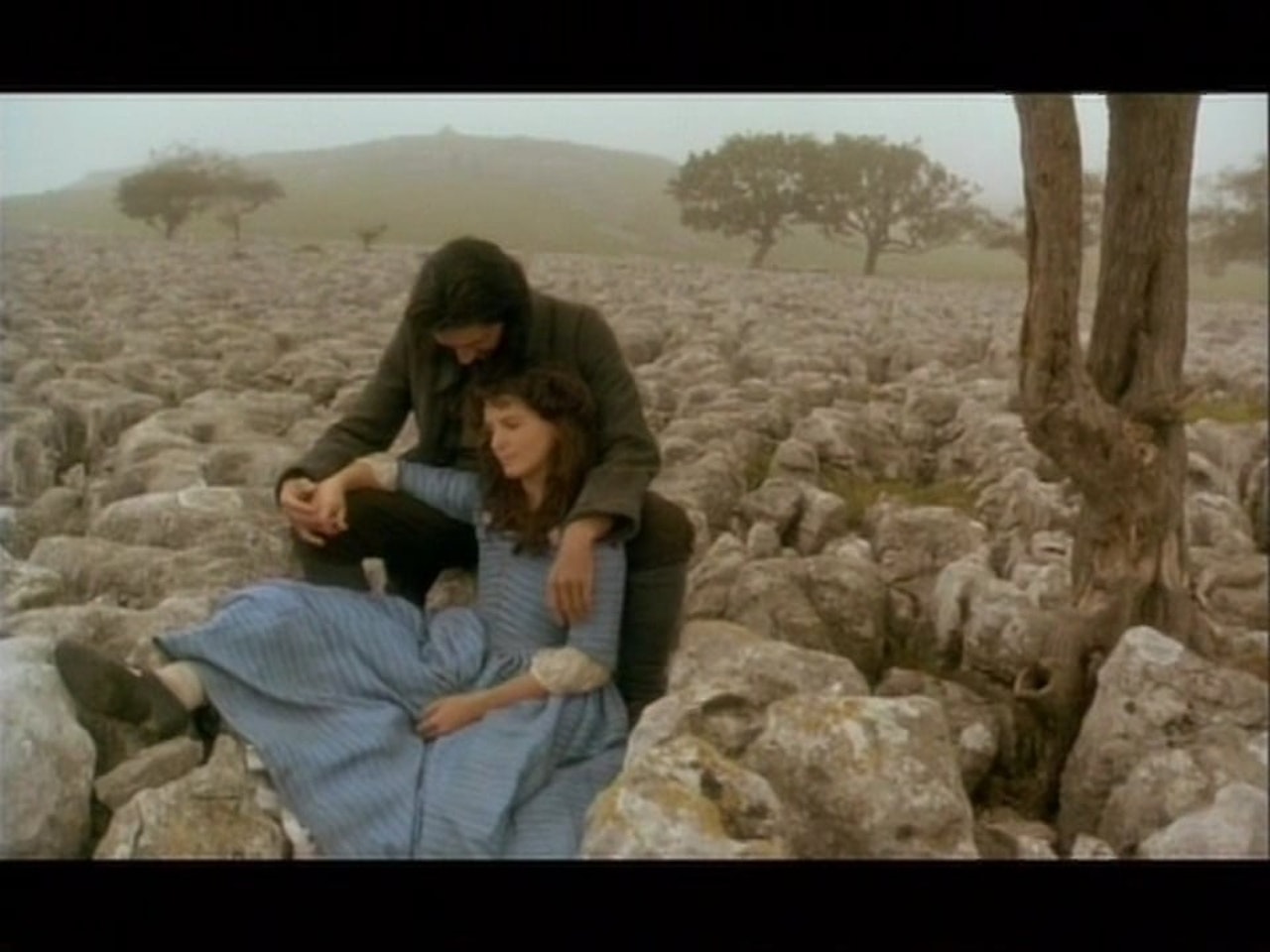 There were two photographic objectives in this movie.

It was a gothic re working of the Bronte novel and I wanted the compositions to echo this tradition with rich full bodied frames.

Lighting wise I tried to stay faithful to what was used in the 17th century i.e. candles- oil lamps and moorland daylight channelled through narrow windows. The dark brooding skies were enhanced with in camera graduated filters and this movie has some very early CGI work at the beginning where dramatic location cloudscapes were composited into the footage. My inspiration for the night interiors night were the paintings of Joseph Wright of Derby (see thumbnails below). He also used a green cast moonlight which I loved. Today it’s much easier to give a sense of real moonlight by desaturating in the DI but as this was movie was printed conventionally I wanted to move away from the “blue” convention into something more the way moonlight “feels”. A century later one of my favourite victorian painter, Aktinson Grimshaw used similar colours for his moonlit scenes of Manchester.