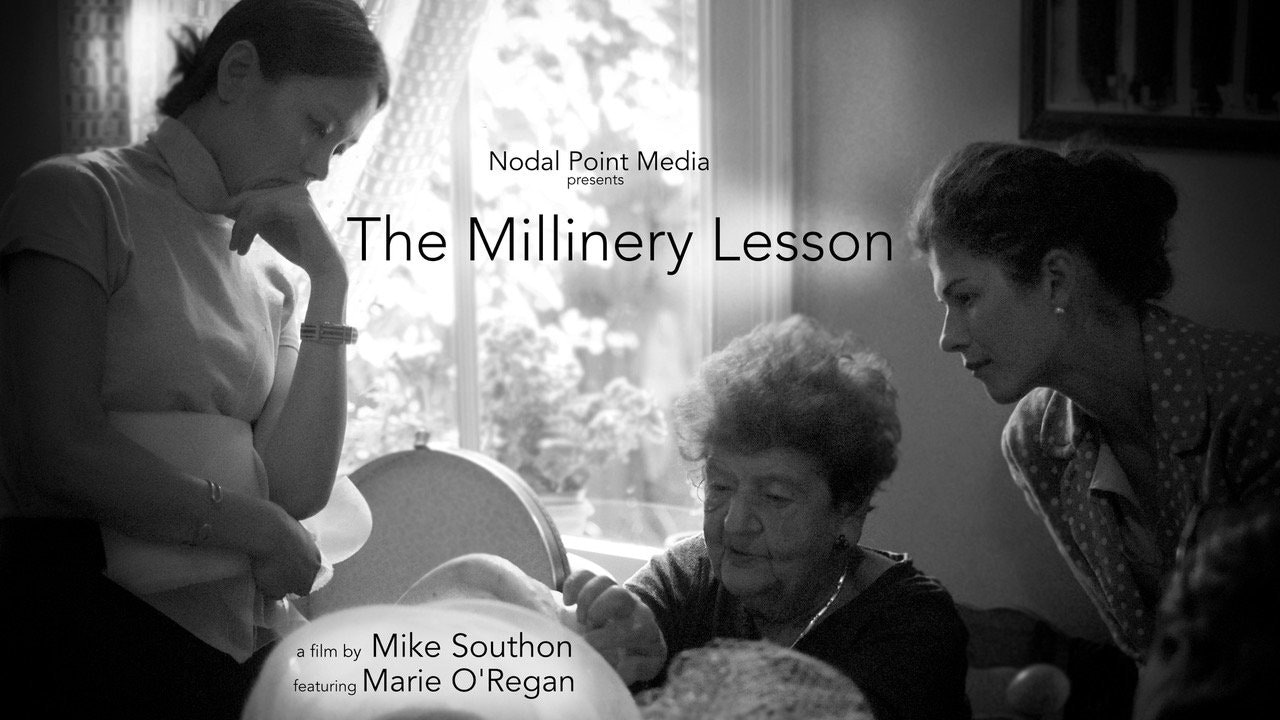 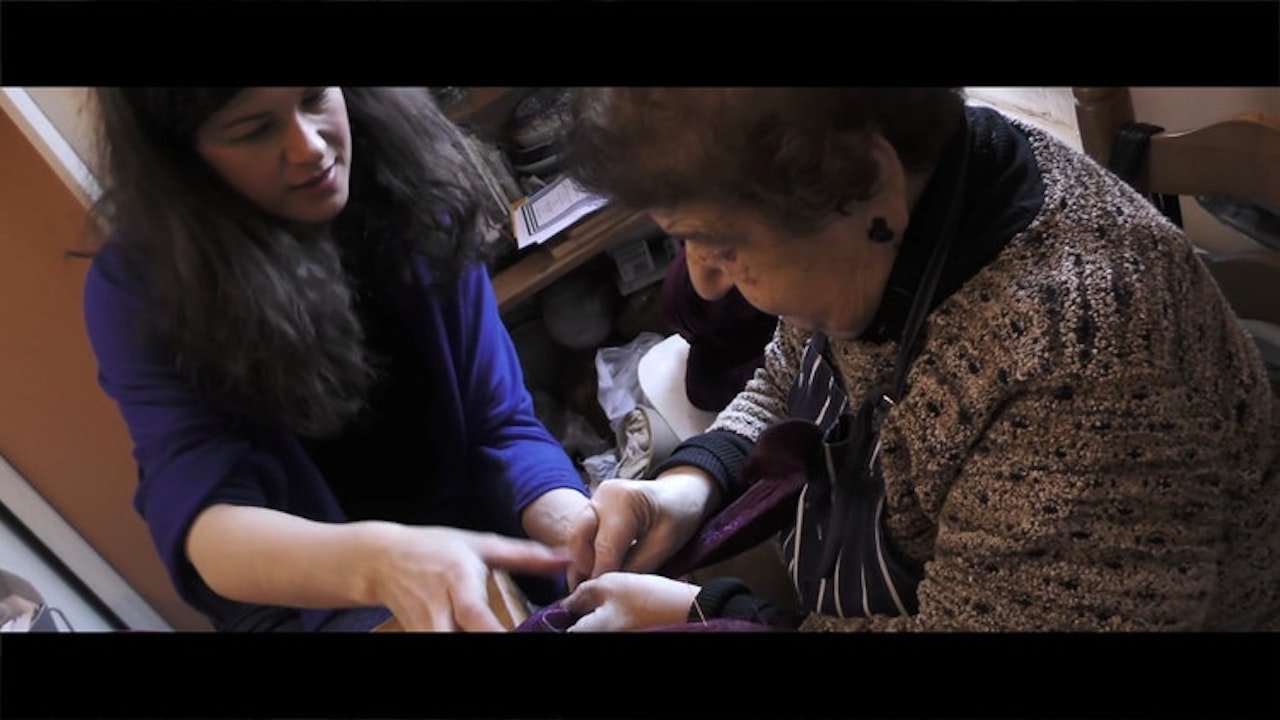 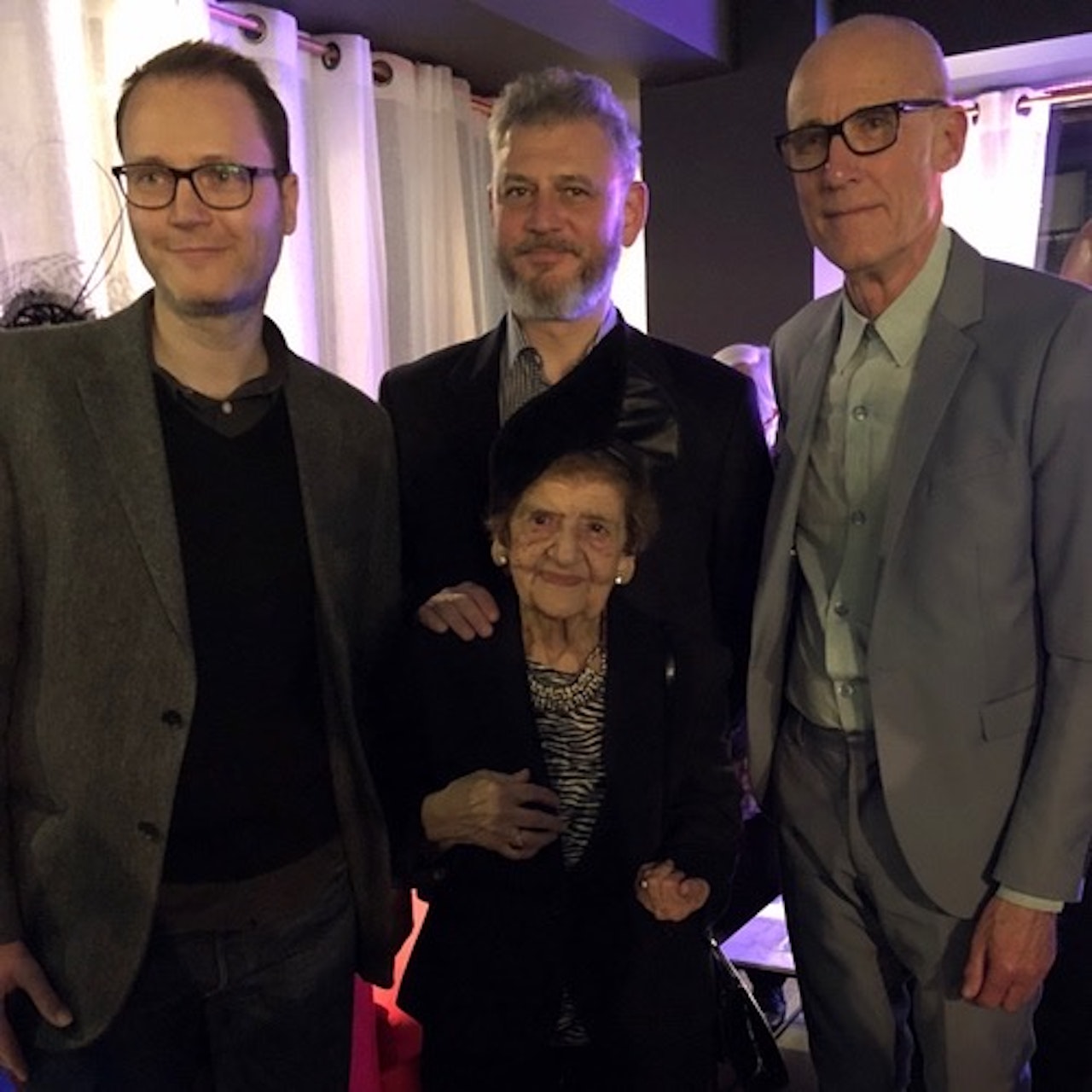 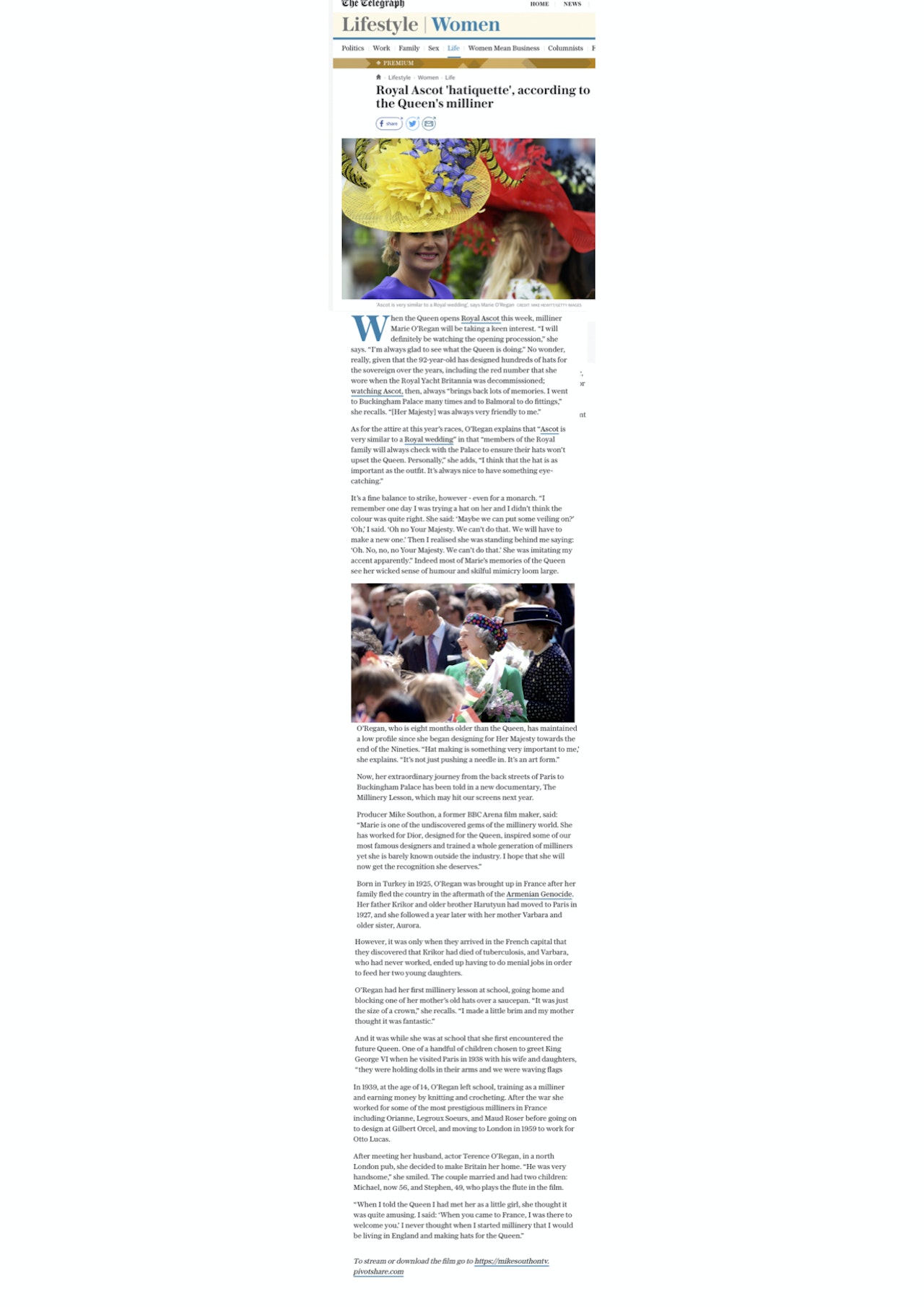 I  first met Marie O’Regan as a neighbour. During an invitation to tea, I noticed she had a royal warrant on her wall and enquired why she had received it.  She dismissively replied that she had made some hats for the Queen then rapidly changed the conversation to other subjects.

As I was to learn, Marie is quite reticent in lauding her achievements.

It took a number of conversations for various episodes in her life to be revealed.

She mentioned that she gave millinery lessons in her house and the idea began to formulate that maybe the lessons would make an interesting subject for a short film.

I presented the idea to her but she was adamant that “no-one would be interested.”

She did, however, let me take some stills during one of the lessons which I subsequently presented  to her as a photo book.

Quietly pleased with the results Marie agreed to me filming one of her lessons as long as I didn’t cause a “disturbance.” The first session went well and I was invited back to more lessons.

At the same time I started to explore Marie’s life and achievements.

I uncovered an extraordinary story that began in Istanbul in 1915, moved to Paris in the heyday of couture millinery, continued to London and the House of Dior,  led to her passing on a wealth of knowledge to students at the London College of Fashion and the Royal College of Art, included frequent trips to Buckingham Palace and continues to this day in a house in Ealing.

The resulting 57 minute film celebrates Marie’s life and commitment to her art, helps the less initiated understand the essence of fine millinery and shines the spotlight on a craft that is unfairly under-represented in the the world of fashion.