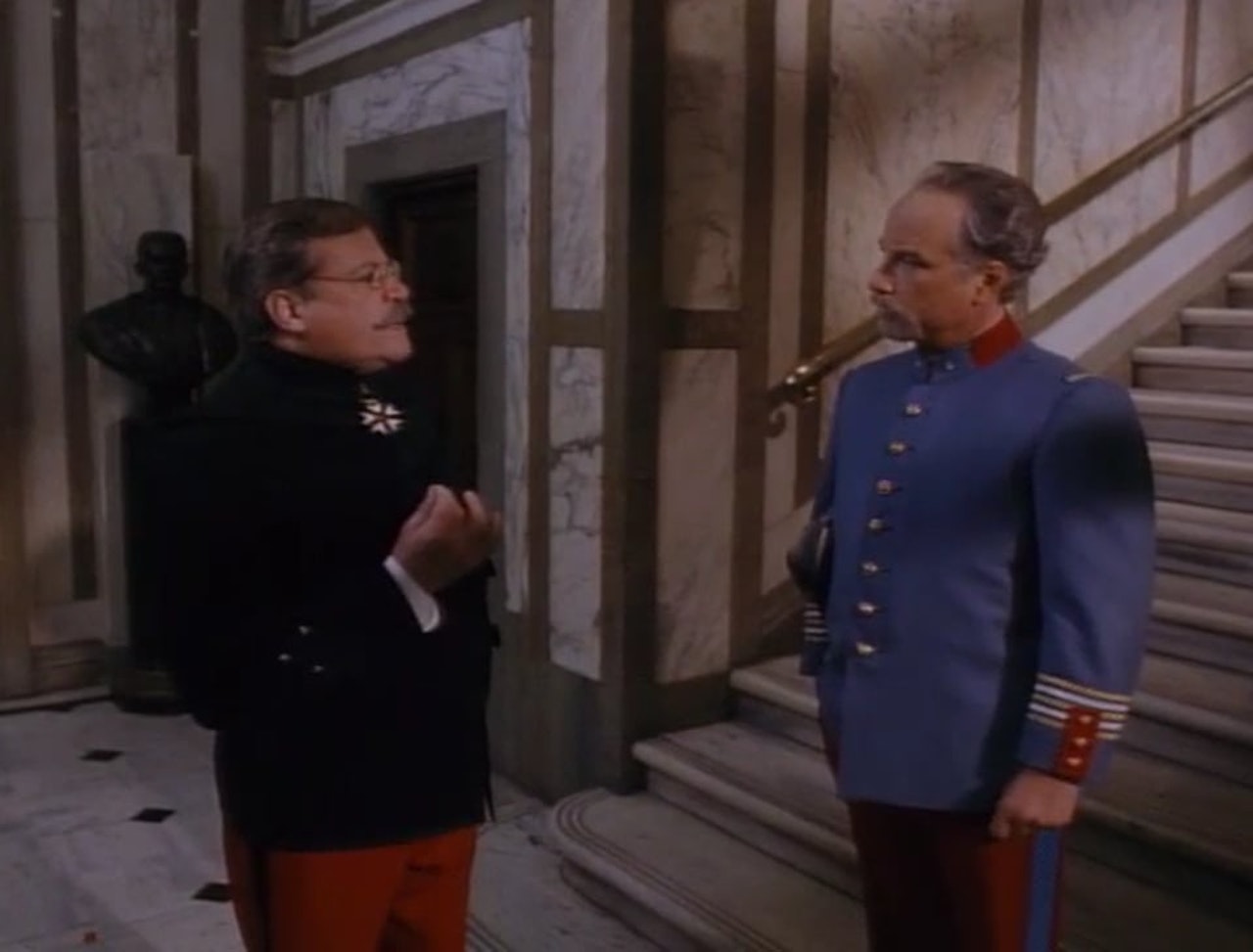 directed by Ken Russell. This was my second film for Ken . It was a somewhat fraught production as the star of the film , Richard Dreyfus, was also the producer and there was a degree of tension(to say the least) between Ken and Richard particularly over Ken's sparing use ( and shooting )of close ups.. Ken tried to avoid having the material recut by shooting only what he felt he needed and tended to opt for wider group shots without cutting into them. That was his style and he used it reasonably successfully on Gothic. It should also be pointed out that Ken operated the camera himself ( similar to Gothic) so anything other than a static close up was beyond his capabilities as an operator. The director' was taken back to LA and Dreyfus had optical blow ups made from the wider shots ( this was pre digital days) and inserted them into the cut as close ups. it shows.