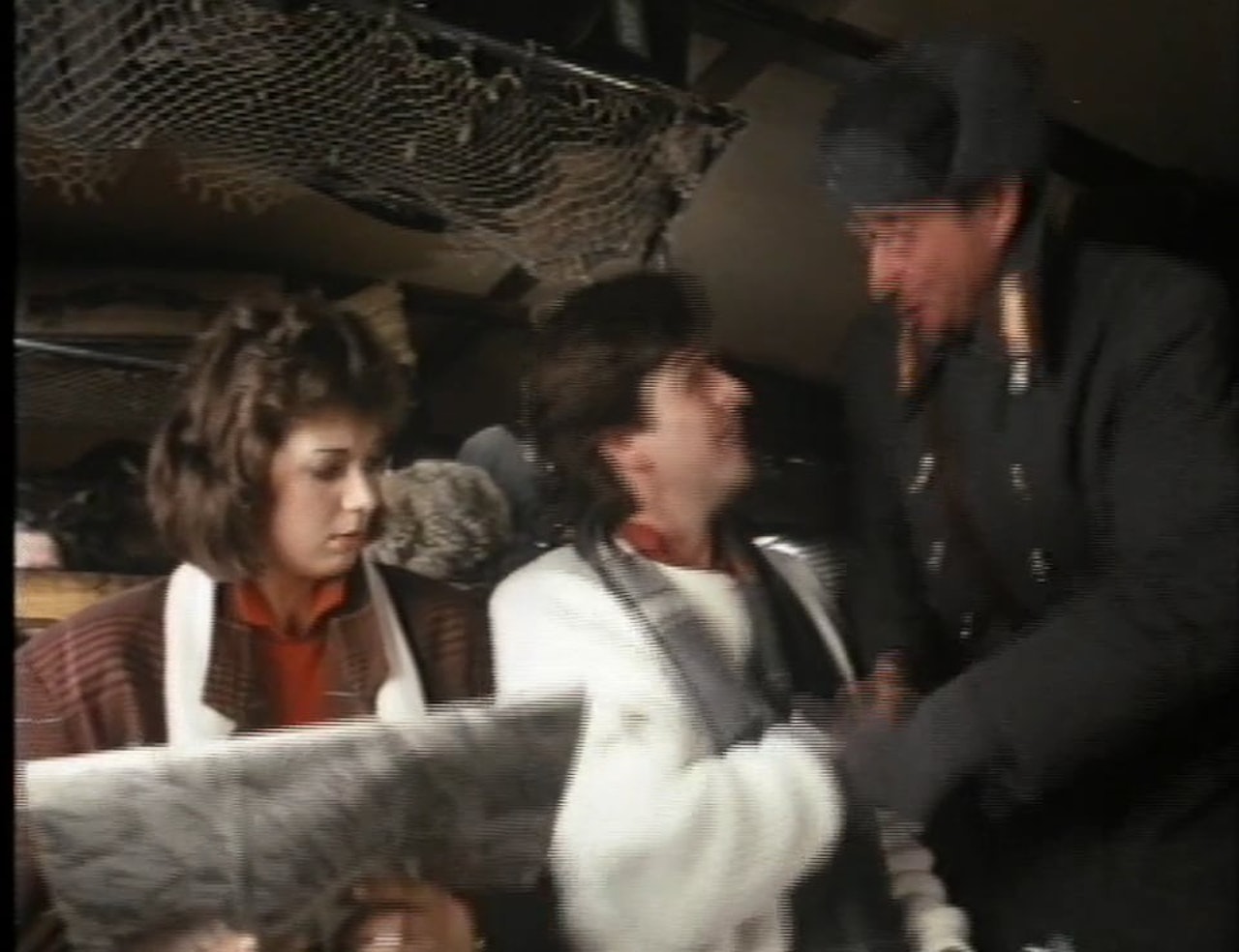 directed by Mike Cozens. This was shot in Almeria in Southern Spain in the heat of the summer as they have a n old style steam train that was used in Spaghetti westerns The temperature inside the train was 90 degrees and everyone was dressed as if for a Siberian winter. I shot the exteriors day for night and we used fake snow for the mid shots and a model foreground for the wide shots. This was made before we had digital effects so everything had to be done in camera on 35mm film. it looks very convincing i think.