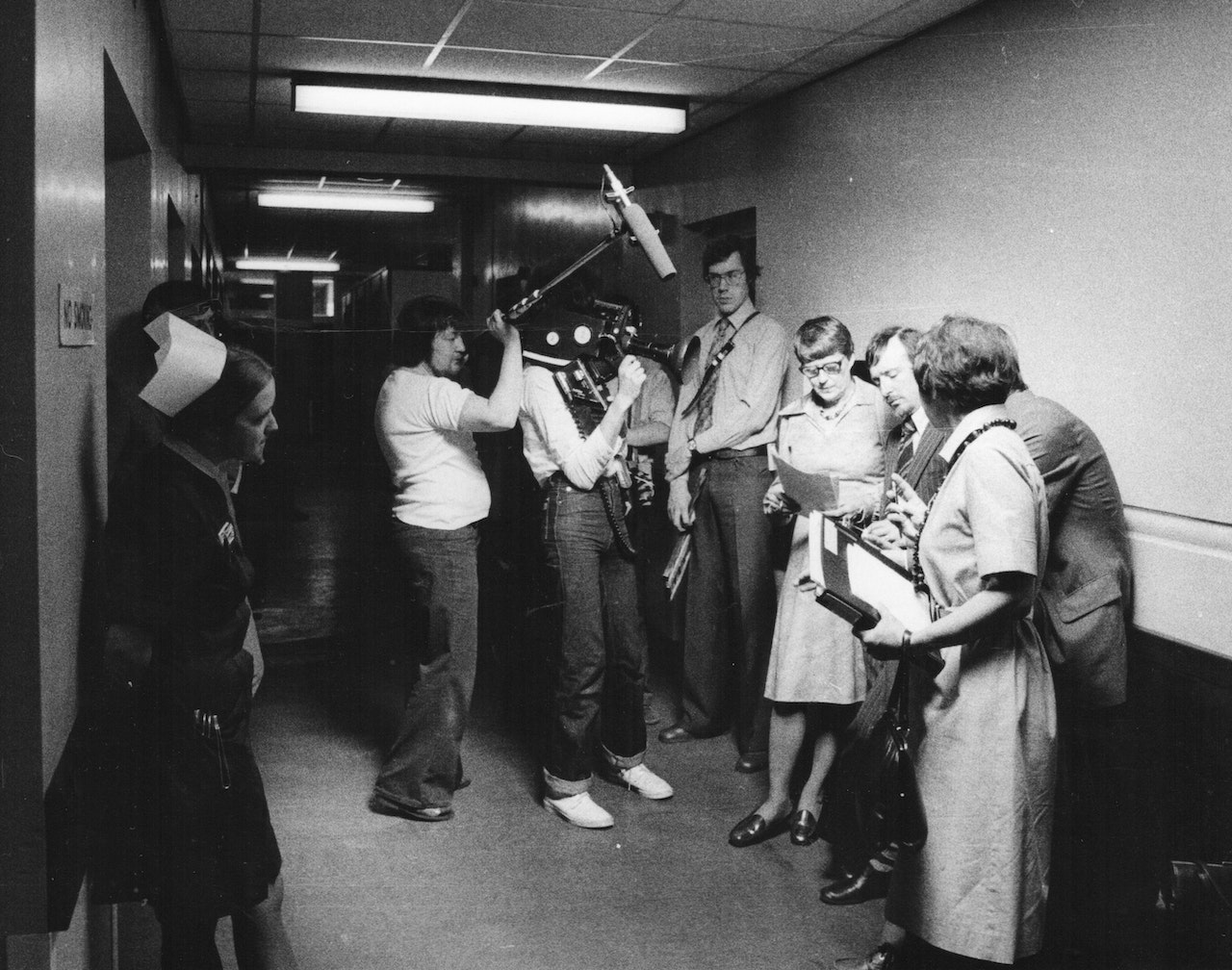 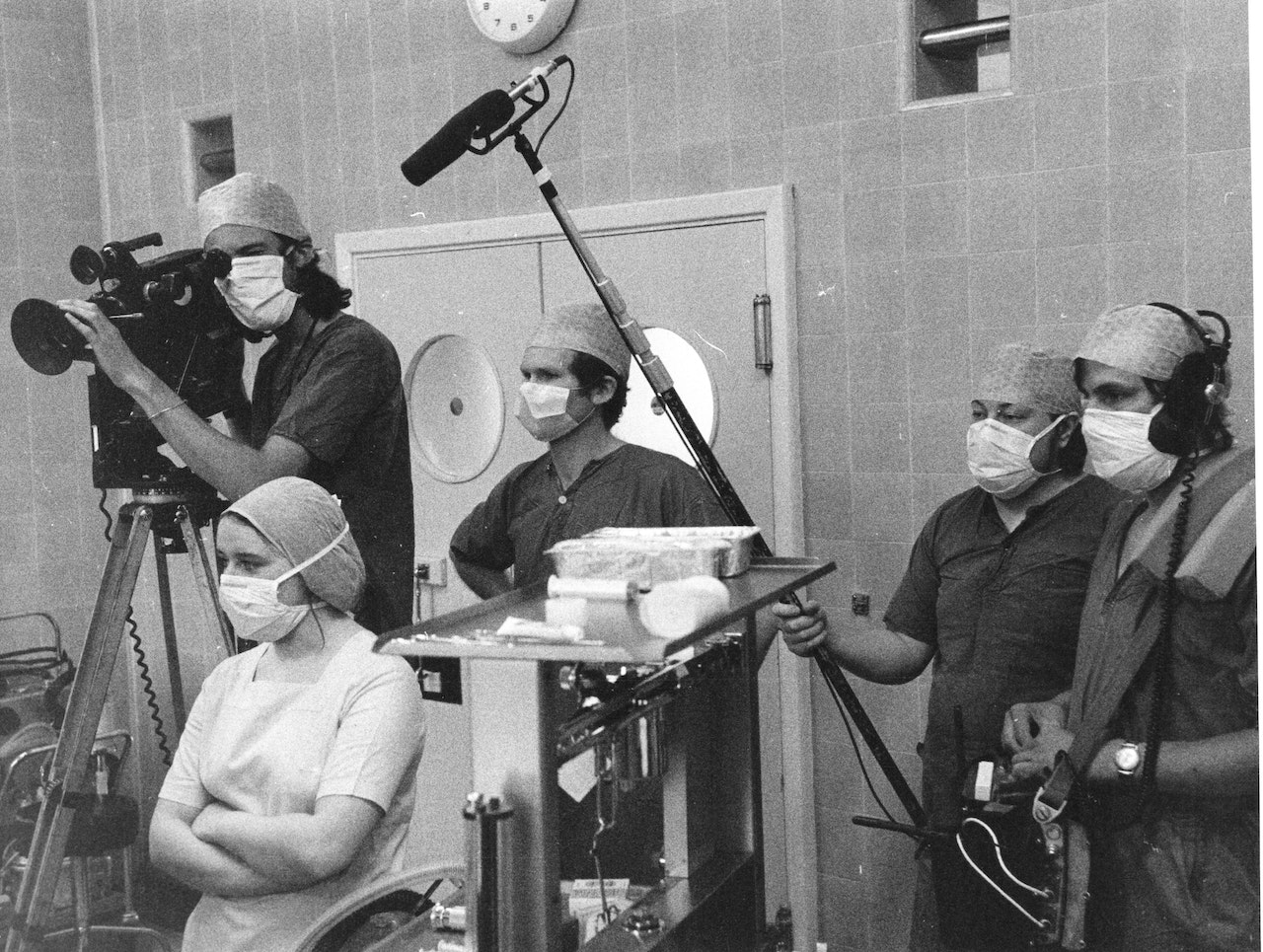 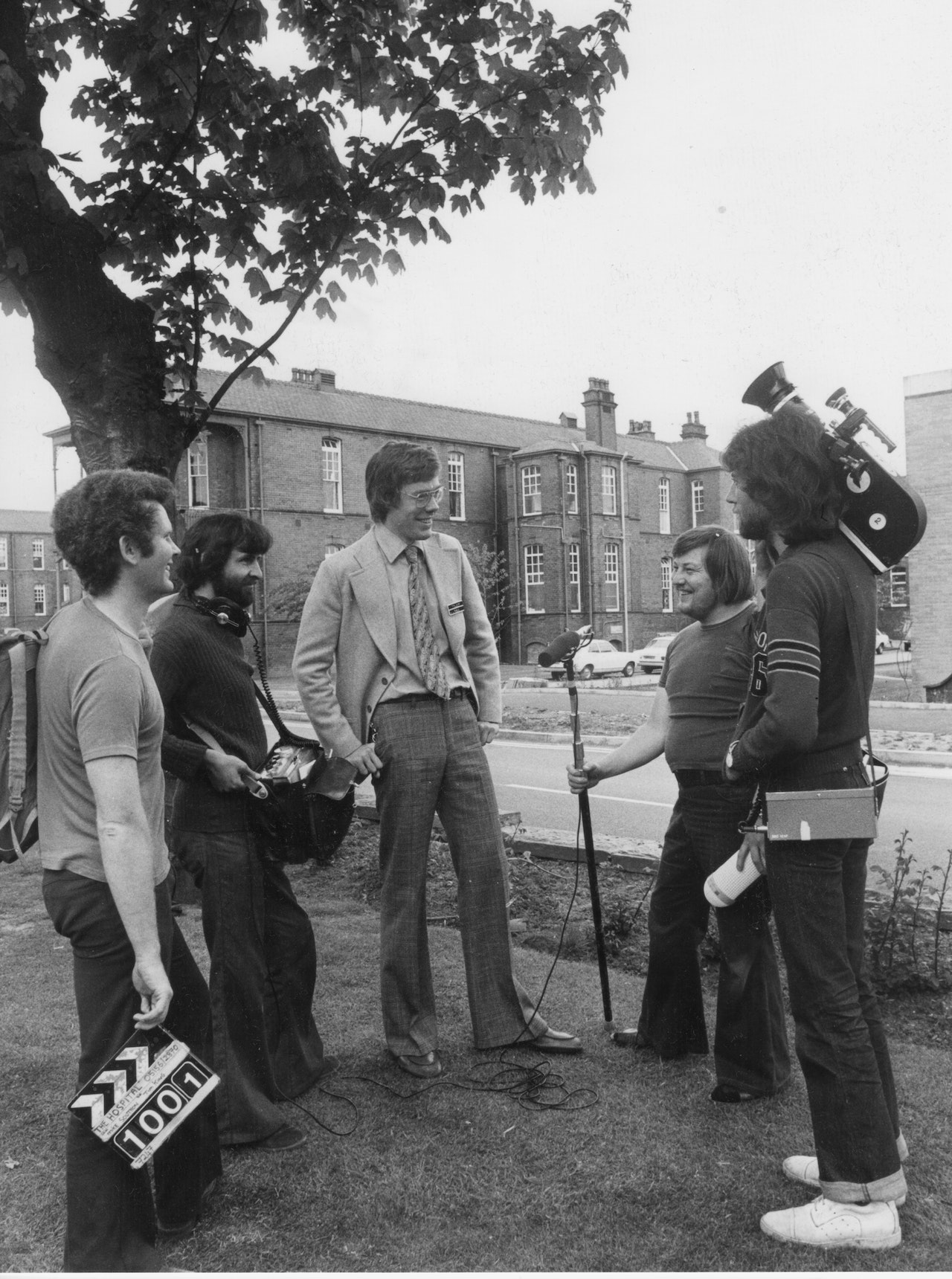 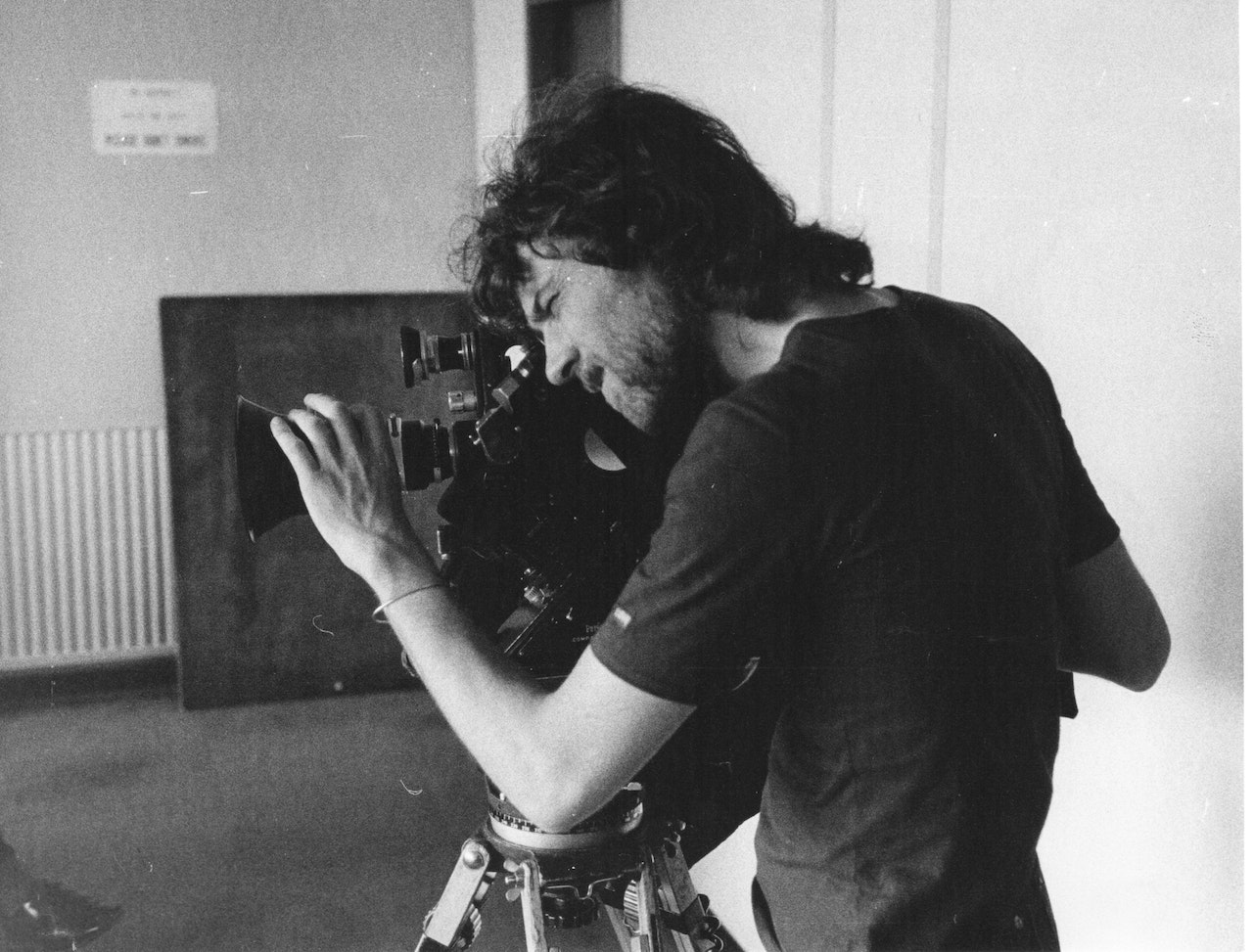 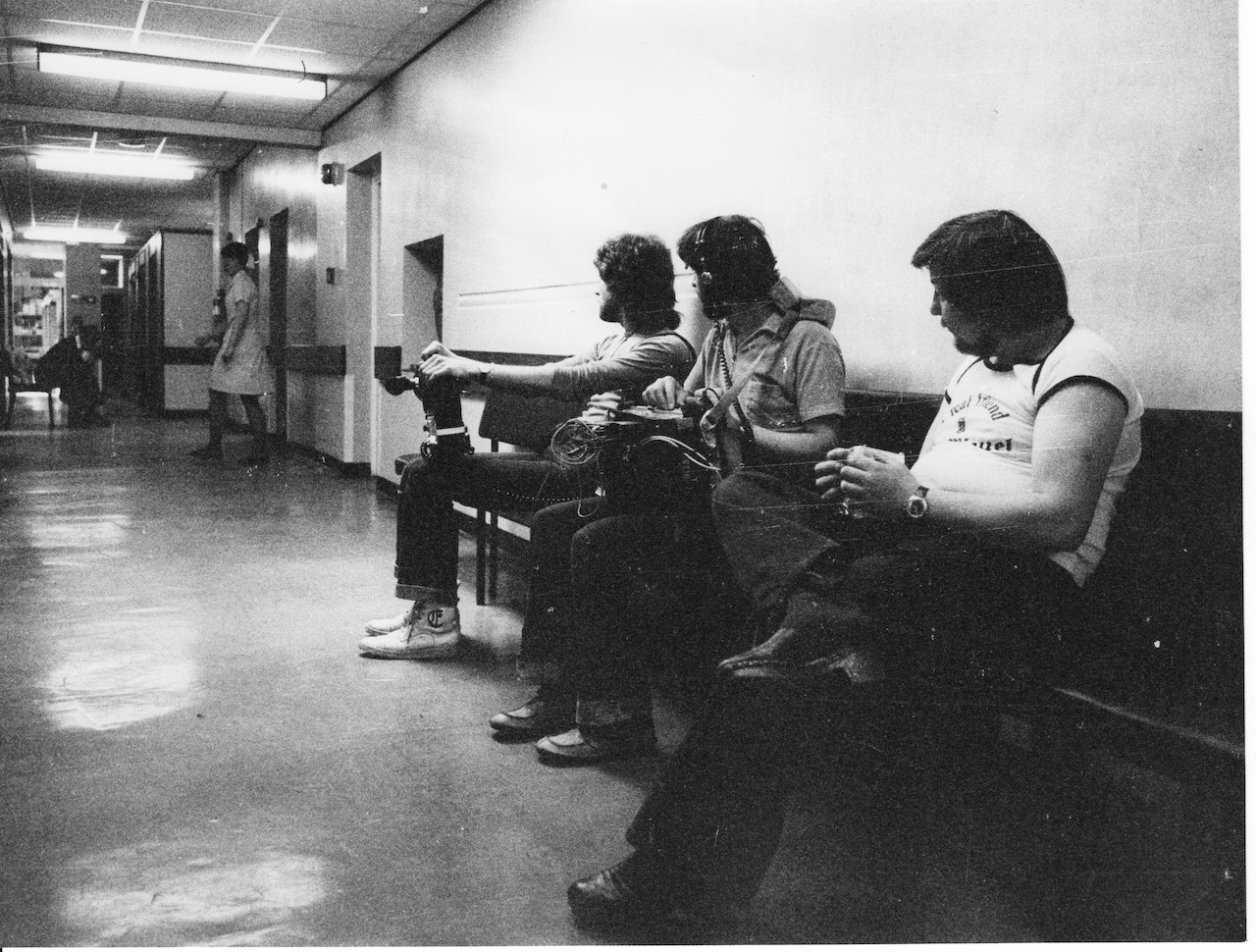 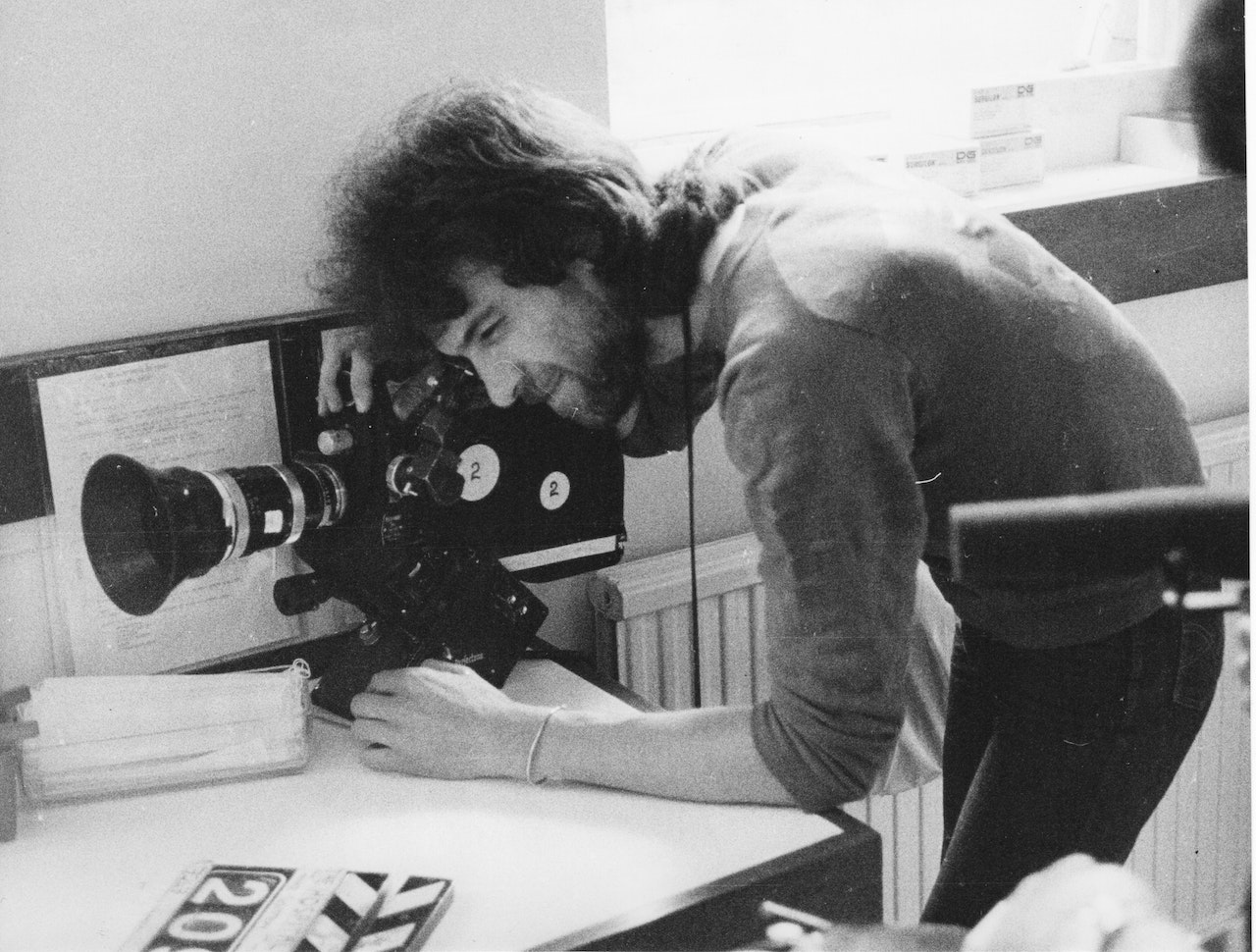 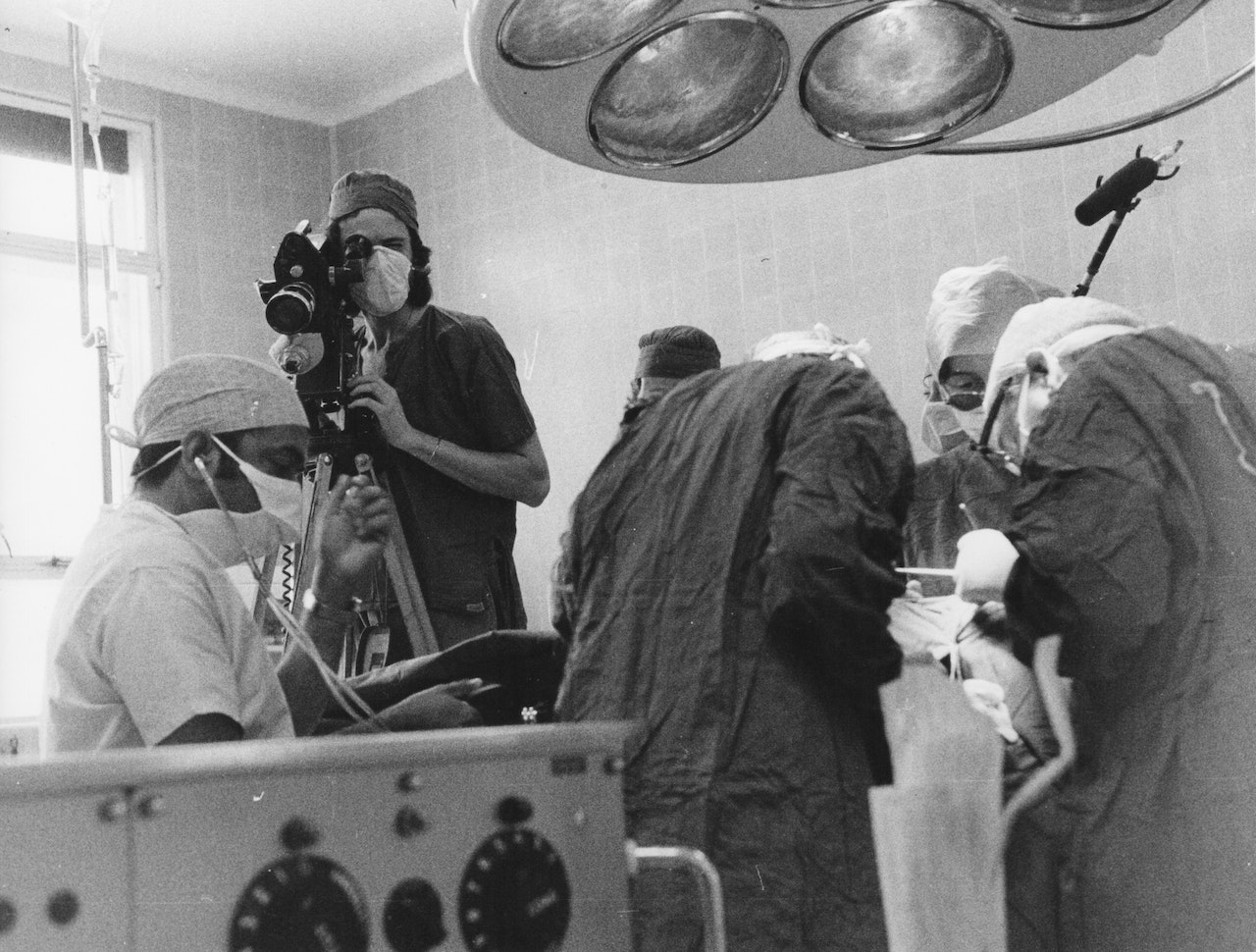 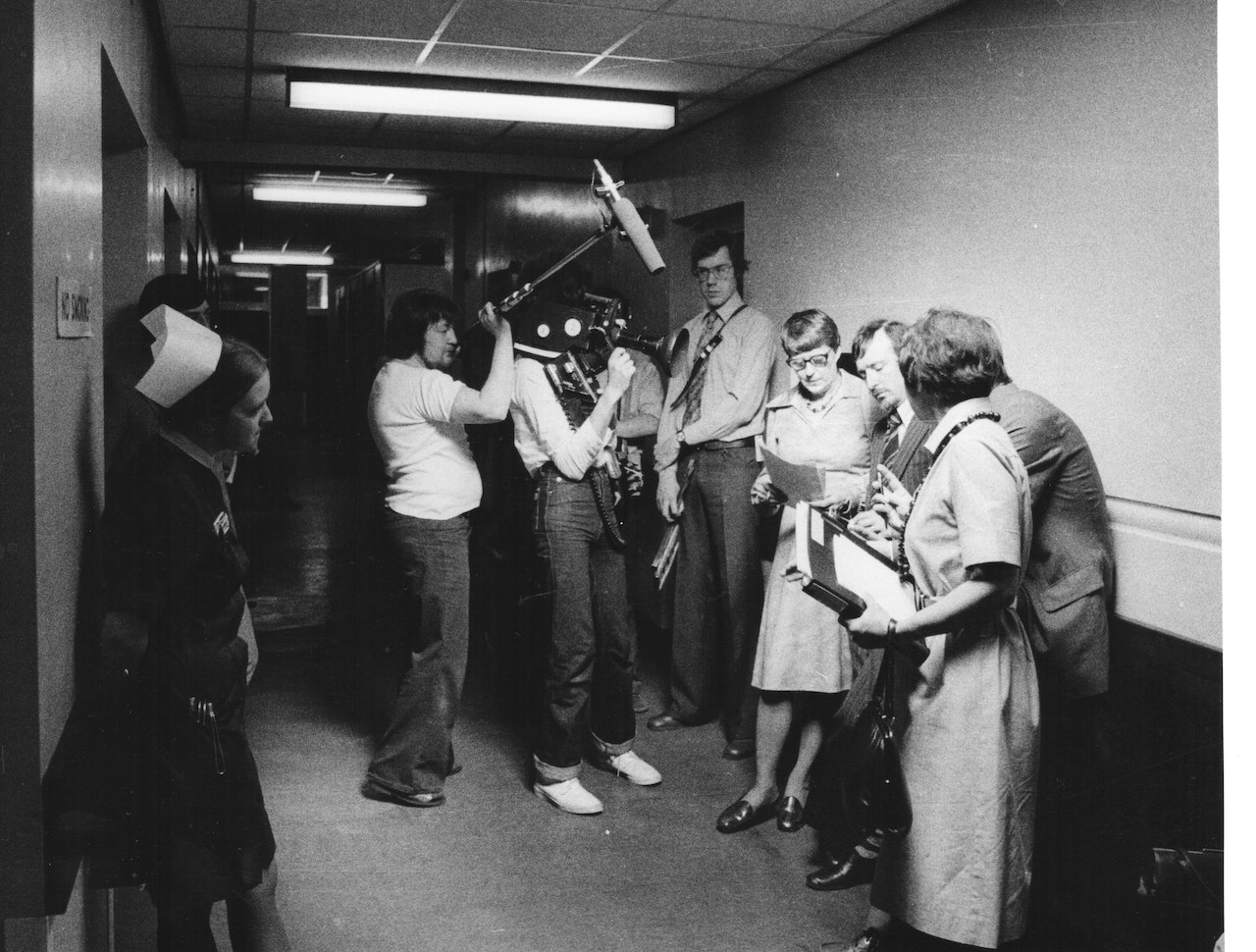 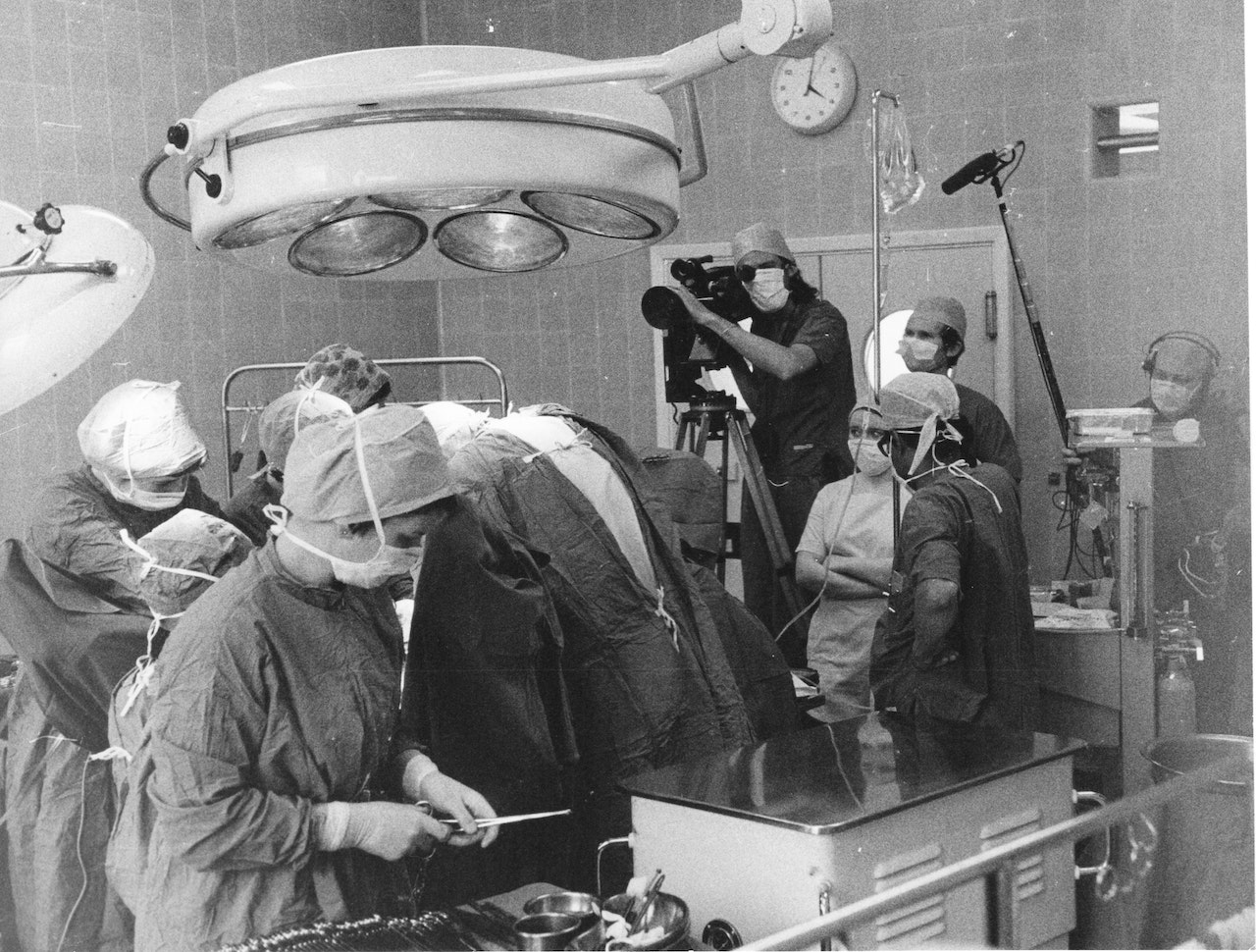 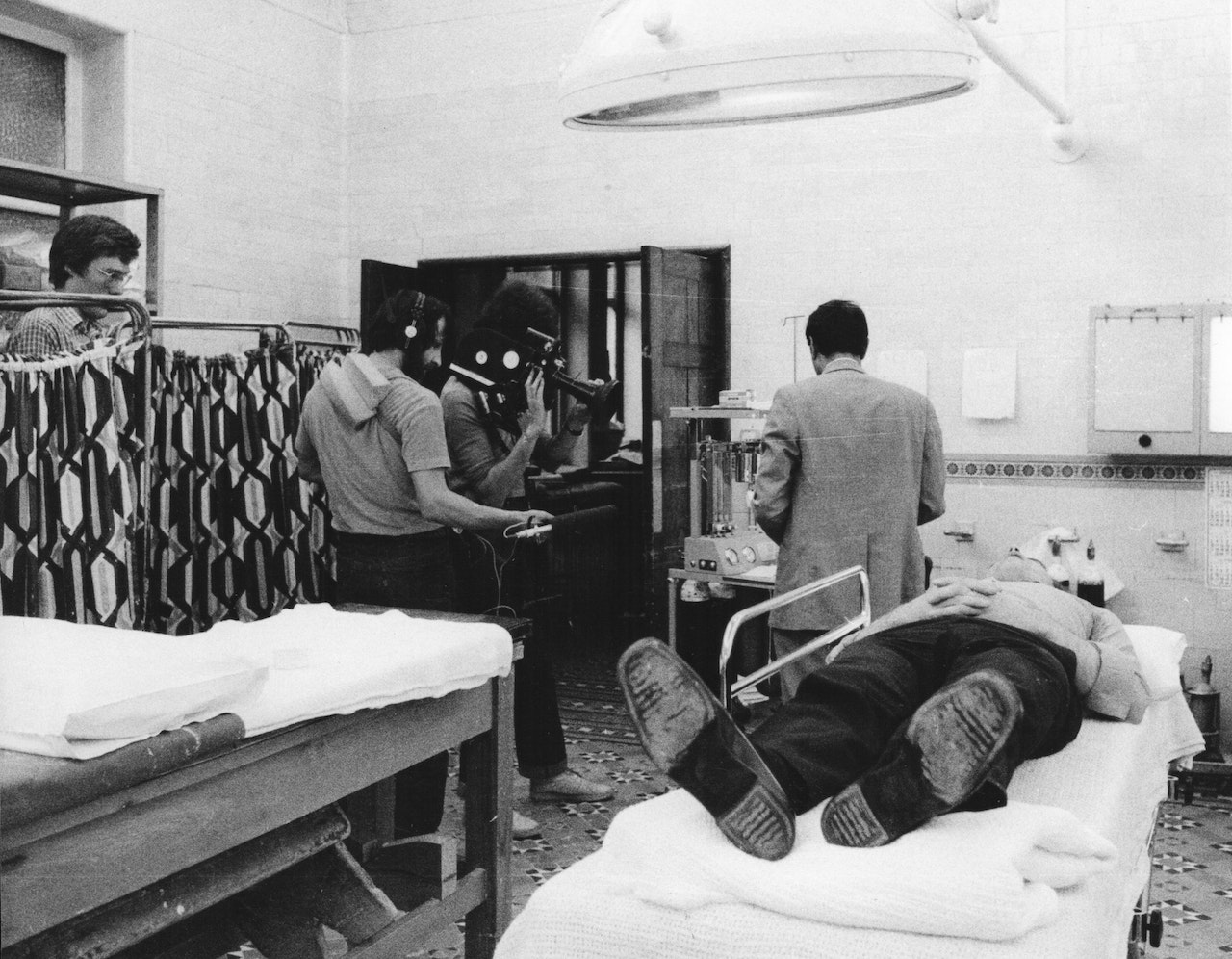 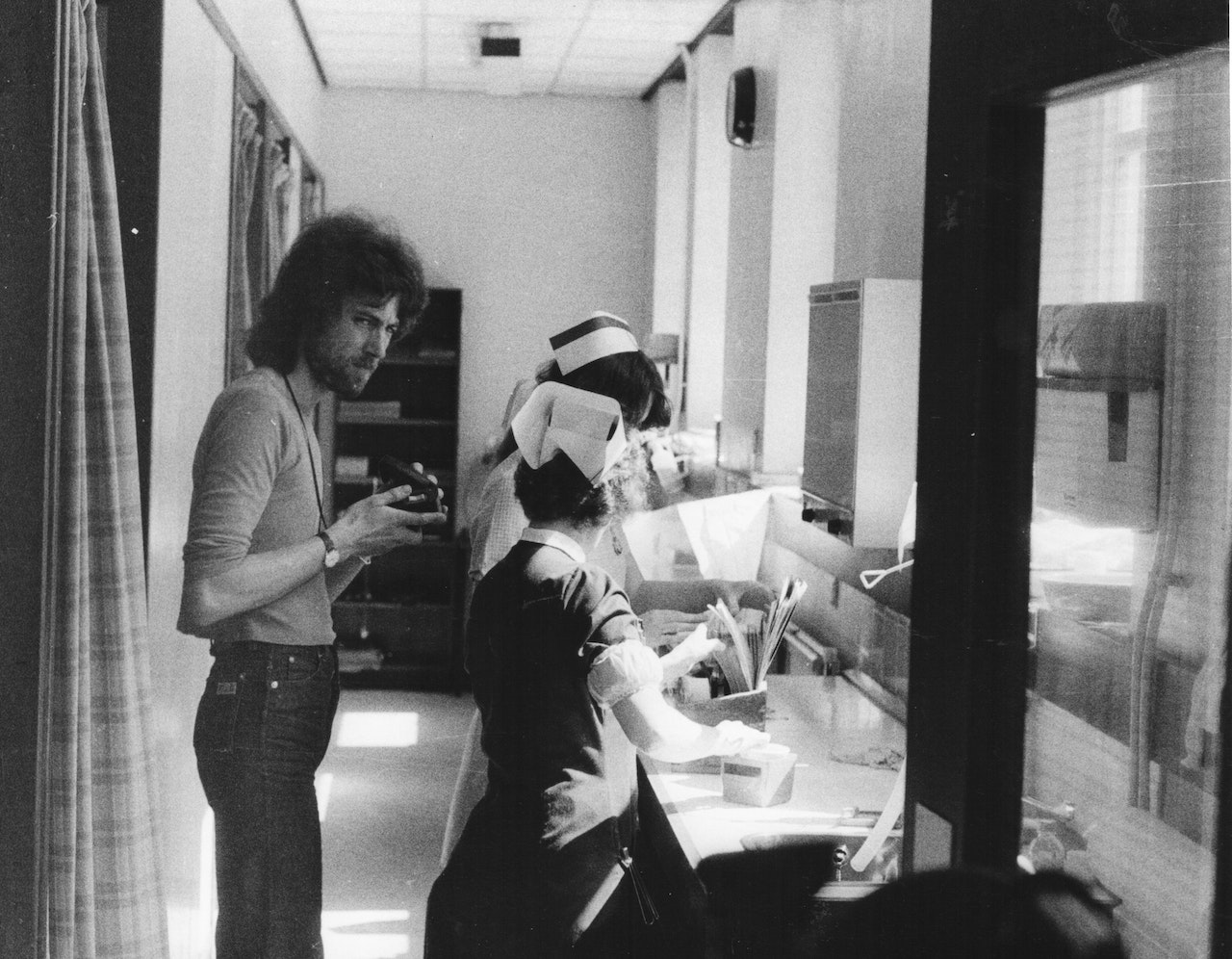 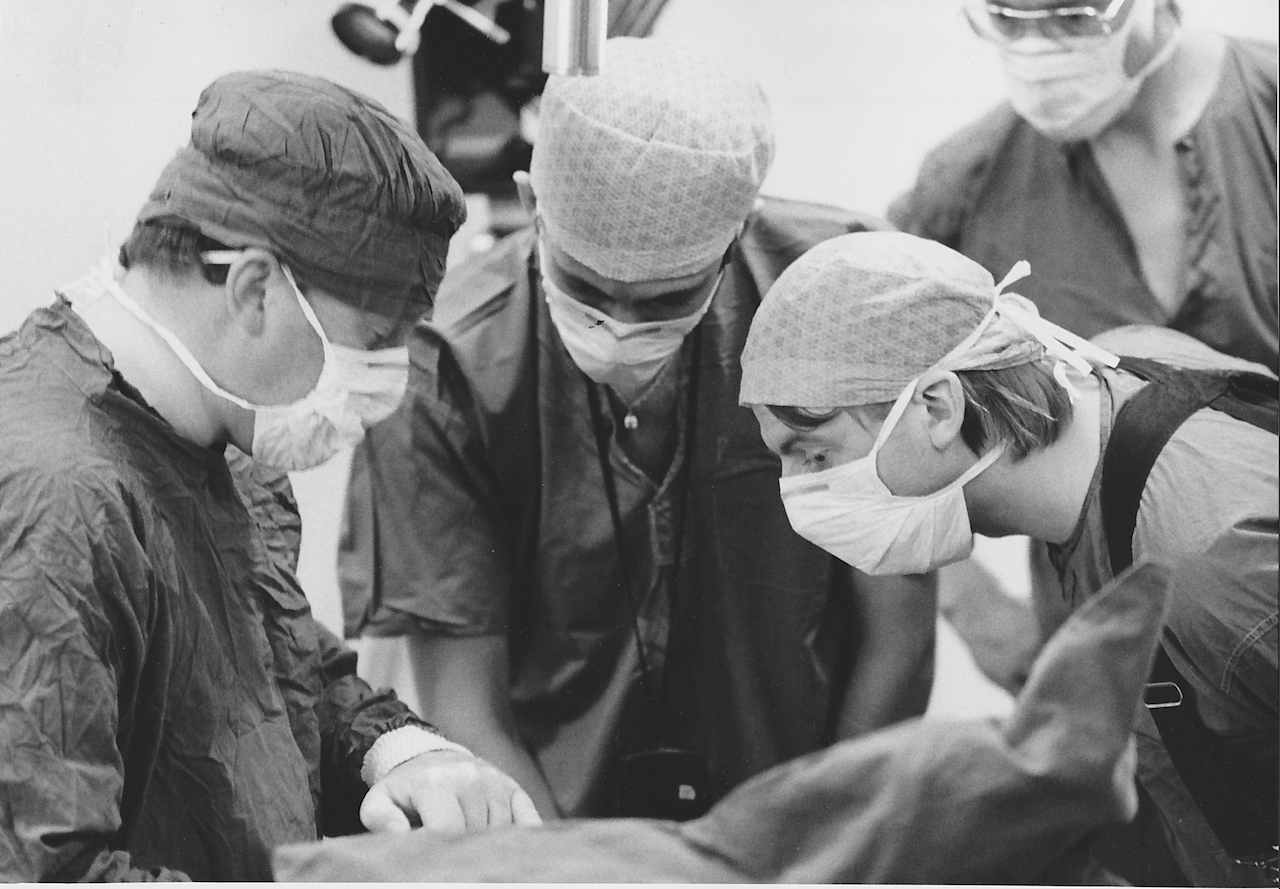 In 1976, whilst a camera assistant, at BBC tv  Film Department, I was asked if I was prepared to spend 3 months living in Bolton General Hospital to shoot an 8 part documentary series. This was the first time a hospital had agreed to "a fly on the wall" documentary series.

I was given temporary promotion to Film Cameraman.

The films were shot in standard 16mm Kodak negative on an Eclair NPR.

The Kodak emulsions were slow by today's standards I think 100 asa without a daylight correction filter.

No film lights were used, everything was shot in available light.

This dictum had proved workable on previous documentaries such as the series about life on an aircraft carrier, the ARK ROYAL.

The maximum stop I had all the lenses was f2.8- 3.5 on the two zooms  and  f2.0 on a wide angle prime so getting enough exposure was an issue especially at night.

The BBC's telecines were state of the art at the time but still lacked many of the basic  features one would expect today when transferring film to digital.

The films were transmitted in colour on the 625 interlaced line system.

The brief was to create a different look for each film .  This I did, wherever possible, by switching practical lights on and off, pulling curtains or opening them and shooting into the light for Paediatrics, shooting with soft side light for geriatrics etc.

Obviously A & E was an animal all of its own, and I embraced the mixture of colour temperatures from myriad light sources. Fluorescent greens, warm desk lights, surgical lights and blazing windows to the outside  was a mixed palette with which to tell the stories.

Although there was a lot of hand held work I also had my tripod on rolling spider wheels. This enabled me to use much longer lenses without the unsteadiness that comes with them . Both Chris and Julian would move close to the subjects with their mics but always just out of shot. They gave me a feed of the sound into headphones so even when some distance away I could hear what subjects were saying and shoot accordingly. It was a less obtrusive way to film some subjects and of course  long lens shots create interesting condensed frames.

The series won multiple awards including A Prix Italia, a BAFTA  and a broadcasting Press Guild award.

The series was produced and  directed brilliantly by Tim King and the executive producer was Roger Mills.

I was fortunate to have a wonderful crew.

There were 4 brilliant film editors on the series. They were,  John Barnes, Peter Symes, Michael Casey and Peter Gordon.

The films proved a breakthrough moment for me, as I was given full promotion to Film Cameraman nine months later and my career really took off from there.