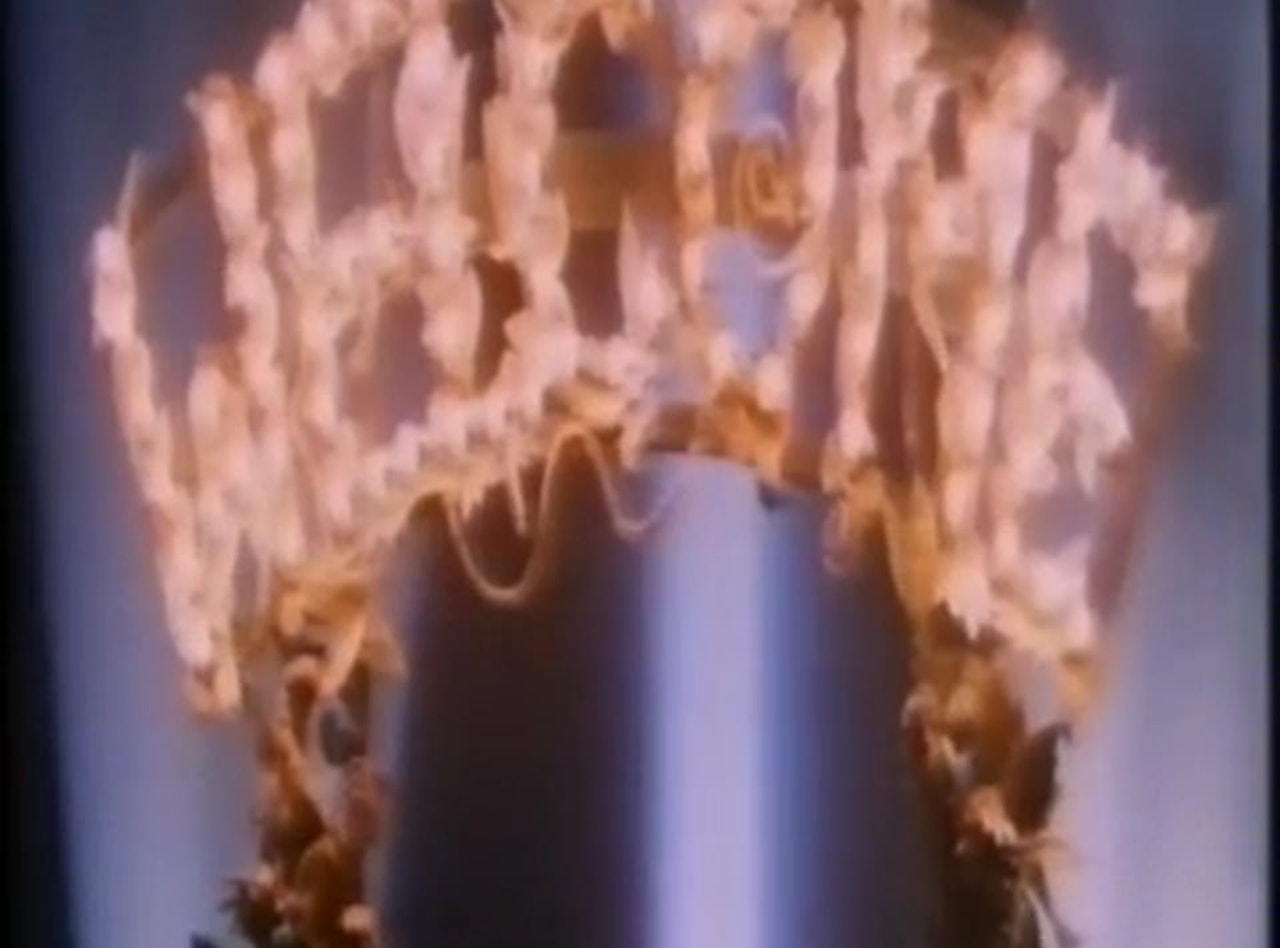 FRANKIE GOES TO HOLLYWOOD - Welcome to the Pleasuredome

directed by Bernard Rose. After i shot Anne Pigalle for Bernard he asked me to shoot the Pleasuredome vi. We shot on 35mm for, I think, 4 days. For the driving sequences we used front avail projection which ad been used on the first Superman. We shot the "plates" on the A40.
The python used in the bath sequence has been kept cool in a fridge so that it didn't get lively. The drummer asked for hot water in the bath. Big mistake. The python warmed up and got hungry and it began to tighten around the poor guy. it took all of the snake handlers strength to stop him from being suffocated by the poor beast.