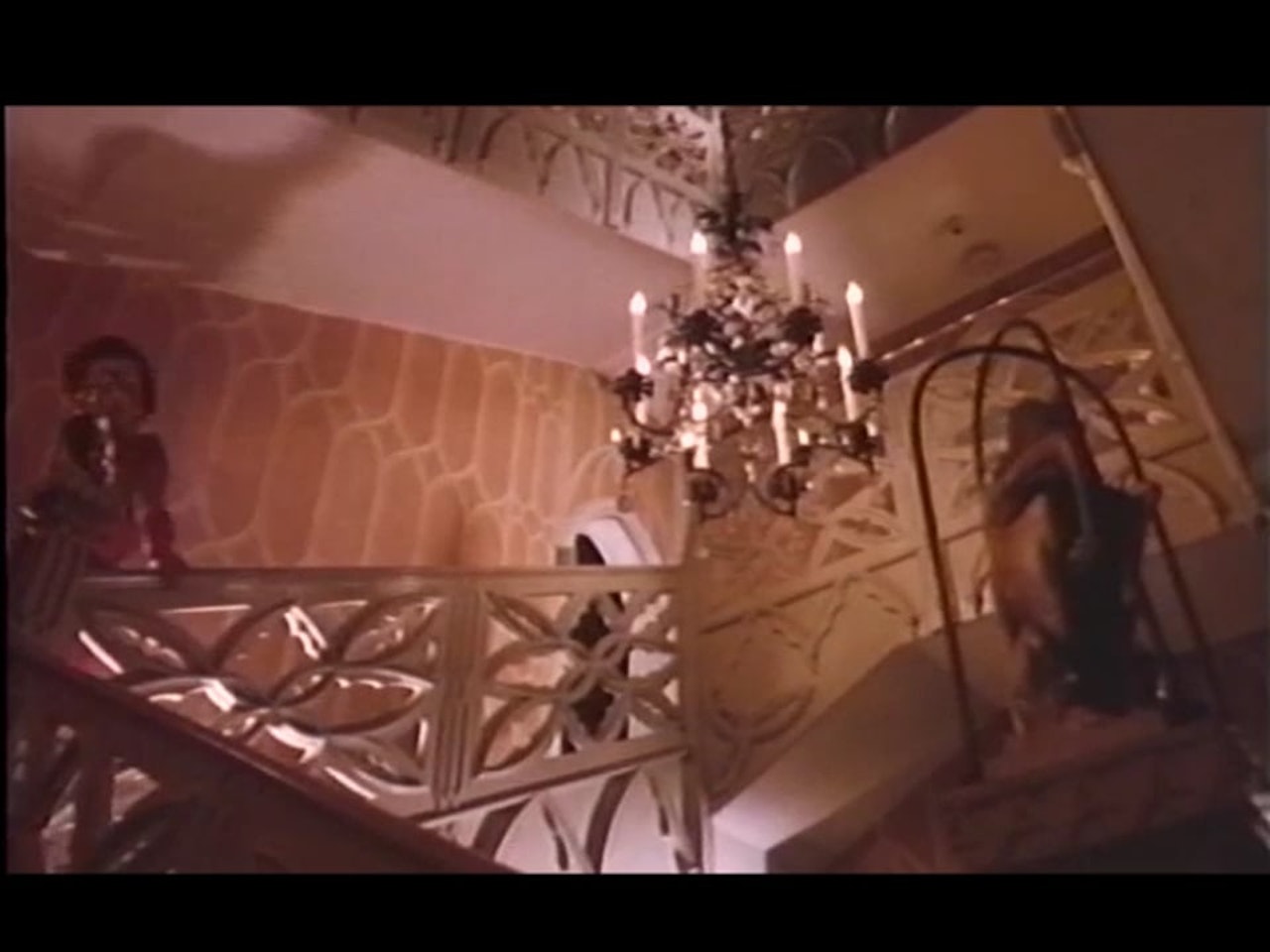 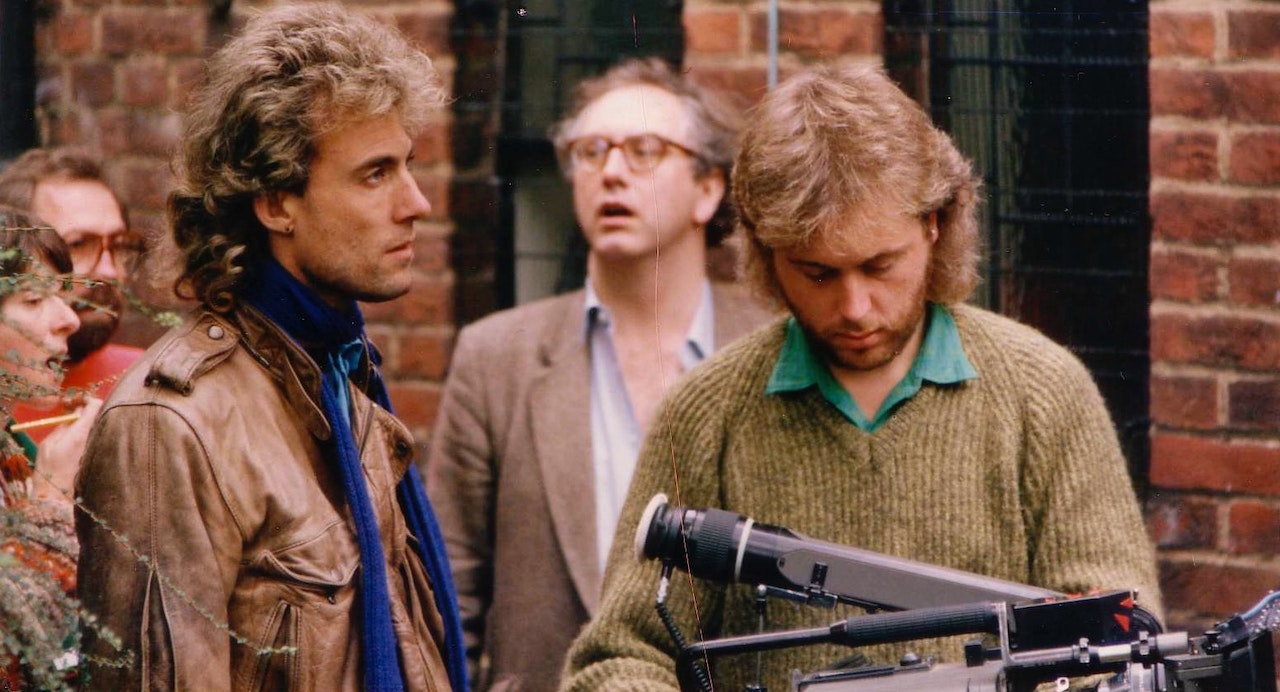 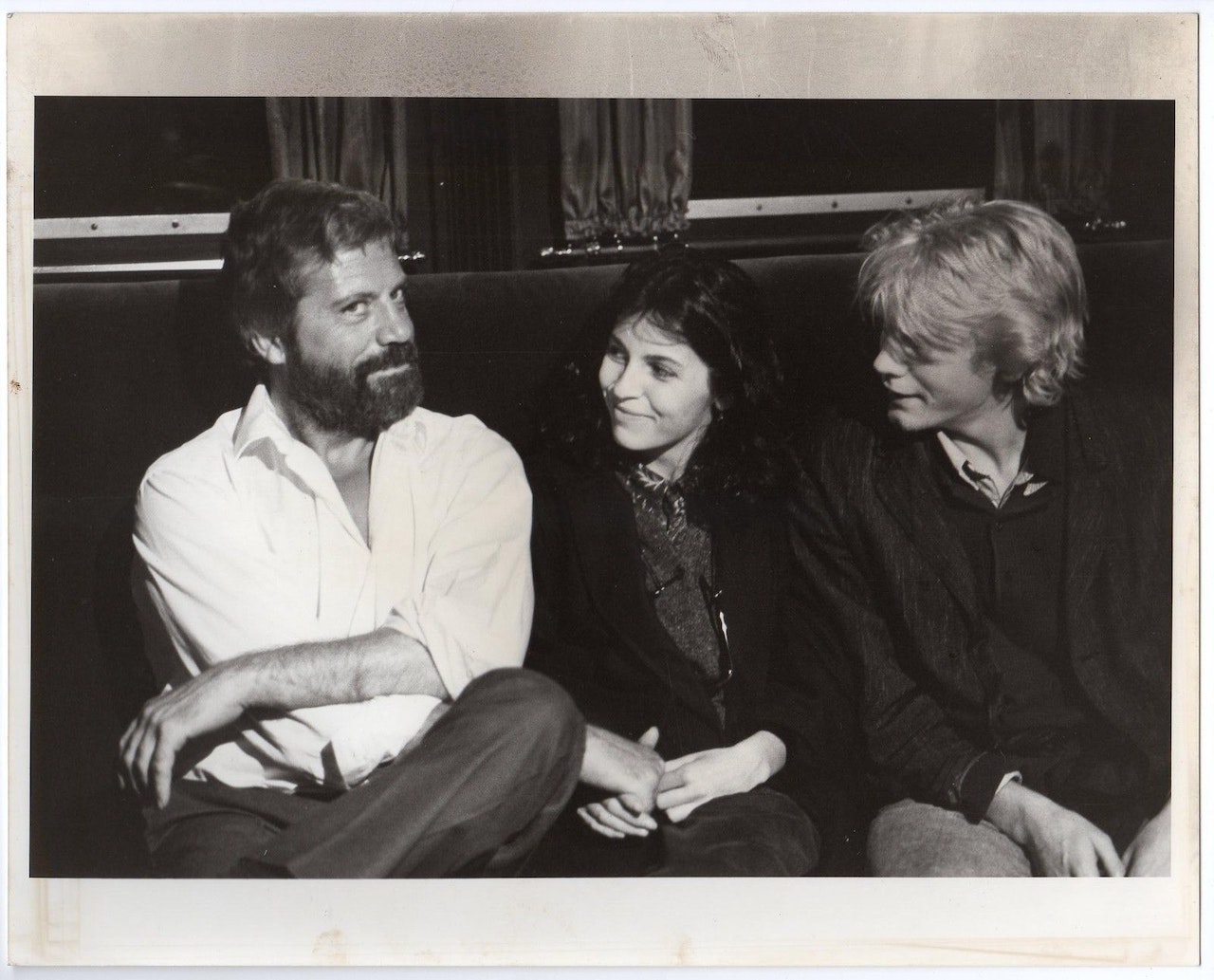 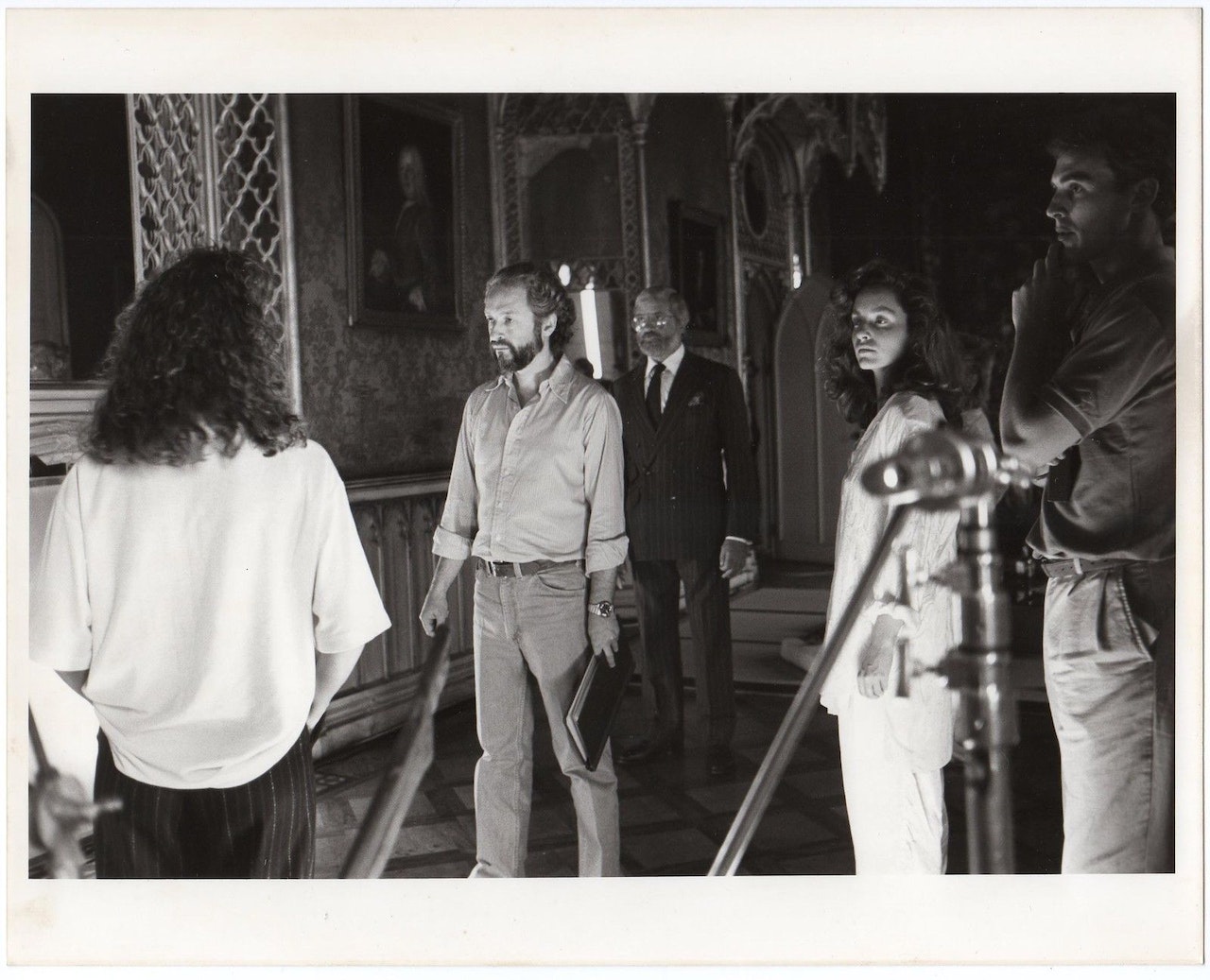 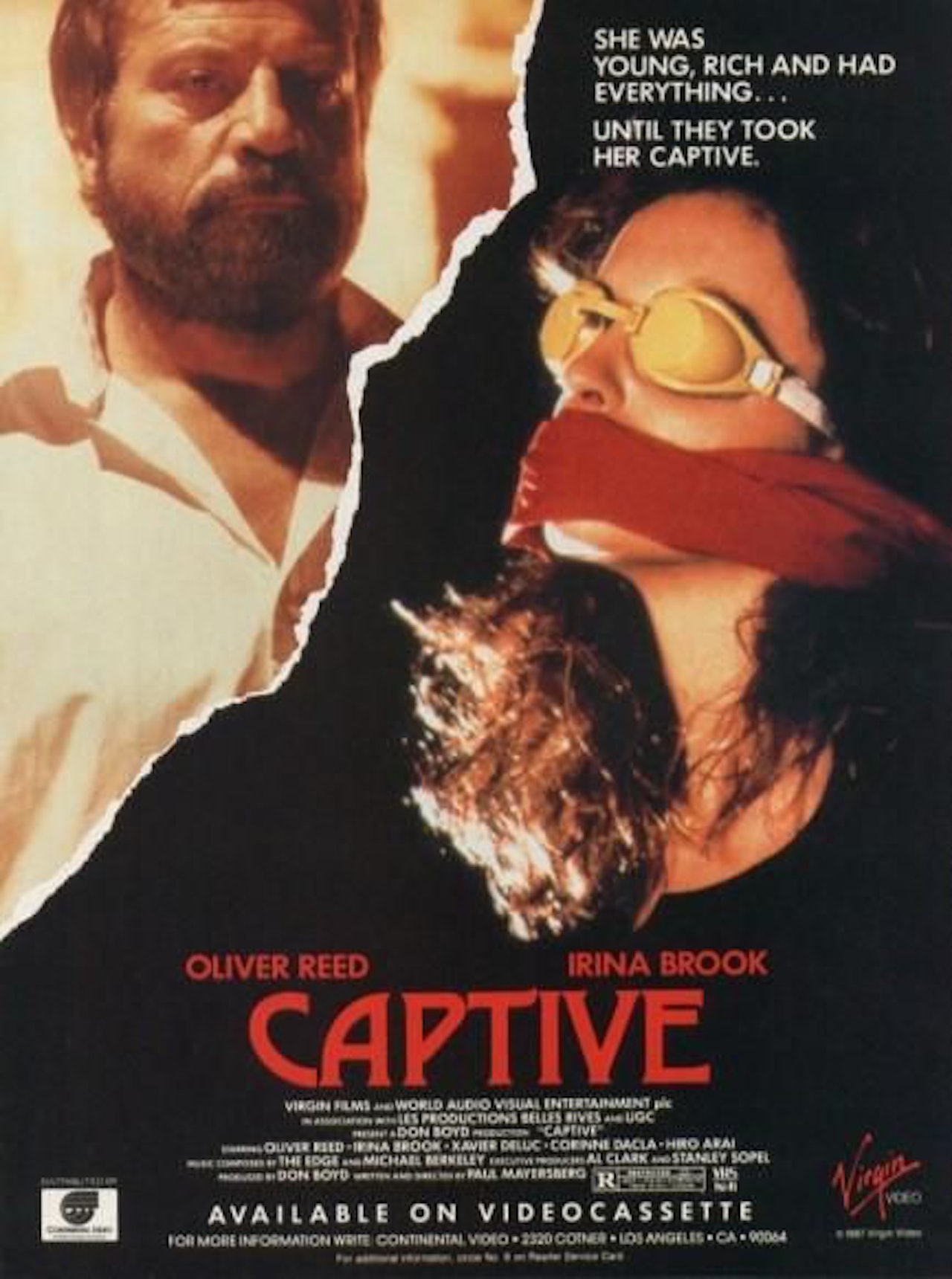 This was my first movie as DOP. I lit and operated. Paul Mayersberg was a fascinating director to work with ( he had written screenplays for Nicholas Roeg) He was intense, intellectual and gave me a lot of aesthetic space to work in despite me being a newcomer to movies.

In the first half of the movie Rowena , the rich kid, is kept blindfolded in a warehouse by her kidnappers. I came up with the idea that during the blindfold period, the windows would be blacked out, with no clue as whether it was day or night. This was her and the audience’s perception of her prison. With the blindfold removed, and her “sight” returned as a “free” woman, she roams the warehouse which is suddenly flooded with daylight mirrored in the water soaked floors. The sense of freedom is palpable.

It's a film about change, about discovery of self and the rejection of received values. But it is also a fairy-tale, a nightmare, an operatic fantasy in which unreality holds sway.

Oliver Reed came to us with a fearsome “reputation” but was a delight to work with. The scene where he burns his houseboat was tricky. It was a set and Oliver requested glasses of the burning “brandy” be dotted around the set. The set was cleared apart from Oliver, Phillip Sindall on focus, and myself. We put a 1000 foot mag on the camera which I handheld and off we went following Oliver as he scattered burning liquid around the set. It got very hot and Oliver’s hands received minor burns as the liquid spilt. When the mag run out we evacuated the set and the fire department moved into douse the flames.

The score is by U2‘s Edge. Unfortunately the movie had a very mixed reception but the critics were very kind to me. The movie was shot in the UK but edited and printed in Paris. It was fascinating to grade the “french”way by looking at clips on a lghtbox and adjusting the colours with carefully calibrated color swatches held over one’s eyeglass.

The quality of this particular transfer is not great unfortunately.

From Time Out Film Guide

Mayersberg's first feature is as richly allusive and as teasingly multi-layered as his scripts for Roeg, The Man Who Fell to Earth and Eureka. The basis is a Patti Hearst-style tale of an heiress, kept more or less secluded in a castle by her doting tycoon father, who is kidnapped by terrorists from equally privileged backgrounds and subjected to a mixture of brain-washing tortures and love until she comes to recognise the sham of her life. Thereafter, as the princess is rescued from her ogre-father by the young Japanese terrorist who sets up as her Prince Charming, a complex weave of parallels and mirror images illuminates the path of her discovery that she has escaped one captivity merely to fall into another. Stunningly shot and with a knockout performance from Oliver Reed, it's as strange and magical a movie about childhood as Les Enfants Terribles.