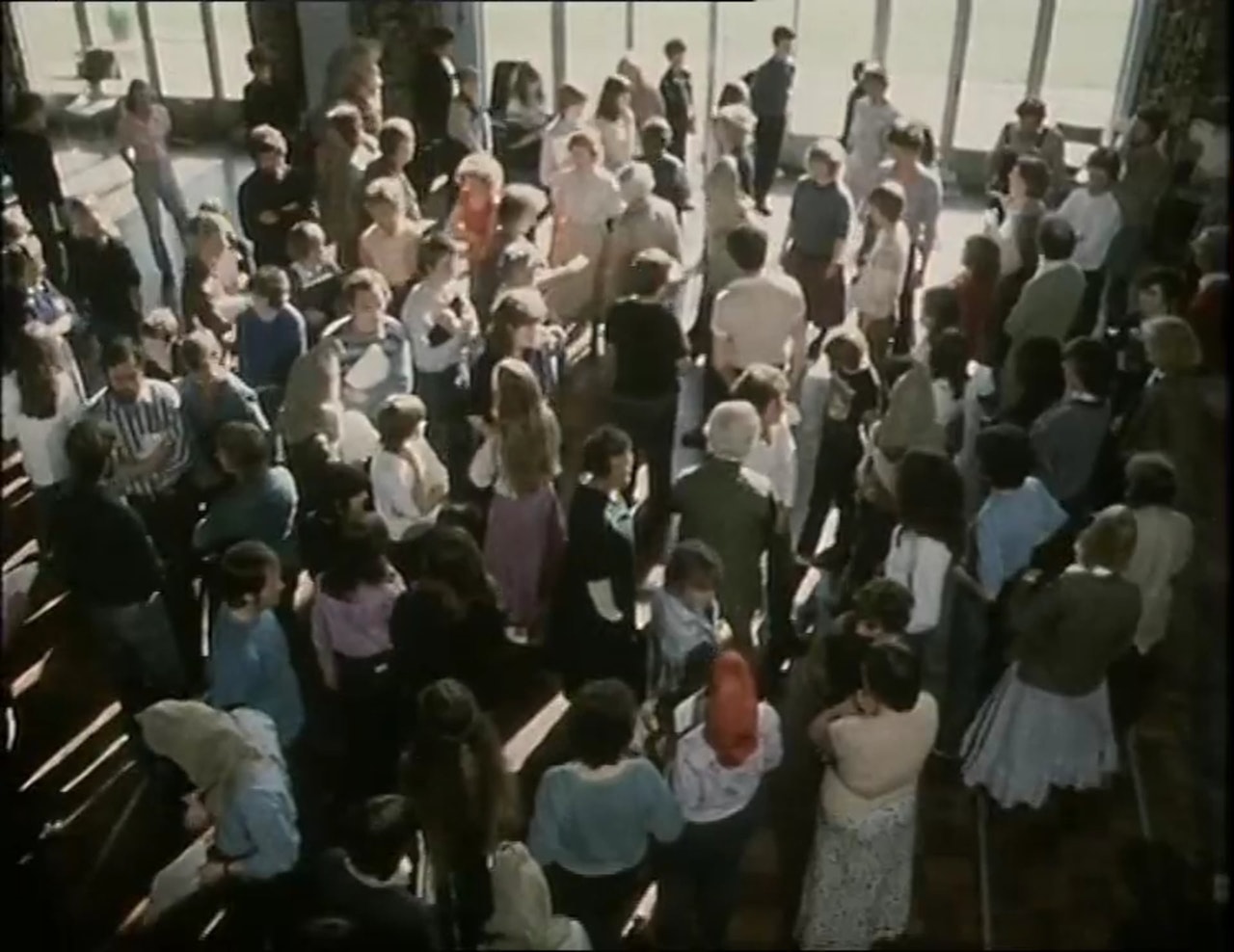 ARENA - A PLAY FOR BRIDPORT

The writer and Director Ann Jellicoe put on a community play in Bridport every year.

This is a record of one of them.

David & I dashed to Bridport to capture this event at very short notice.

We were due to shoot the evening's performance when the police arrived to tell everyone to evacuate the school we were shooting in because a huge blizzard was heading our way.

David and I only just managed to reach the pub we were staying in at the top of a hill by abandoning the car before the snow totally stranded us without electricity or the landlord.

We lit log fires in the fireplaces to dry our clothes out managed to contact the landlord who was stranded in Bridport. He told us to break into the bar area and set up an honesty tab for the night.

He said to rescue  food from the warming freezer and help ourselves out. We lit candles which managed to attract locals so the evening turned out to be convivial and rather "old fashioned"

The next day we returned to the school as the snow melted and shot this film in two days.